This is a fully responsive website, customised for Presidential Advisory Committee Against Corruption (PACAC). 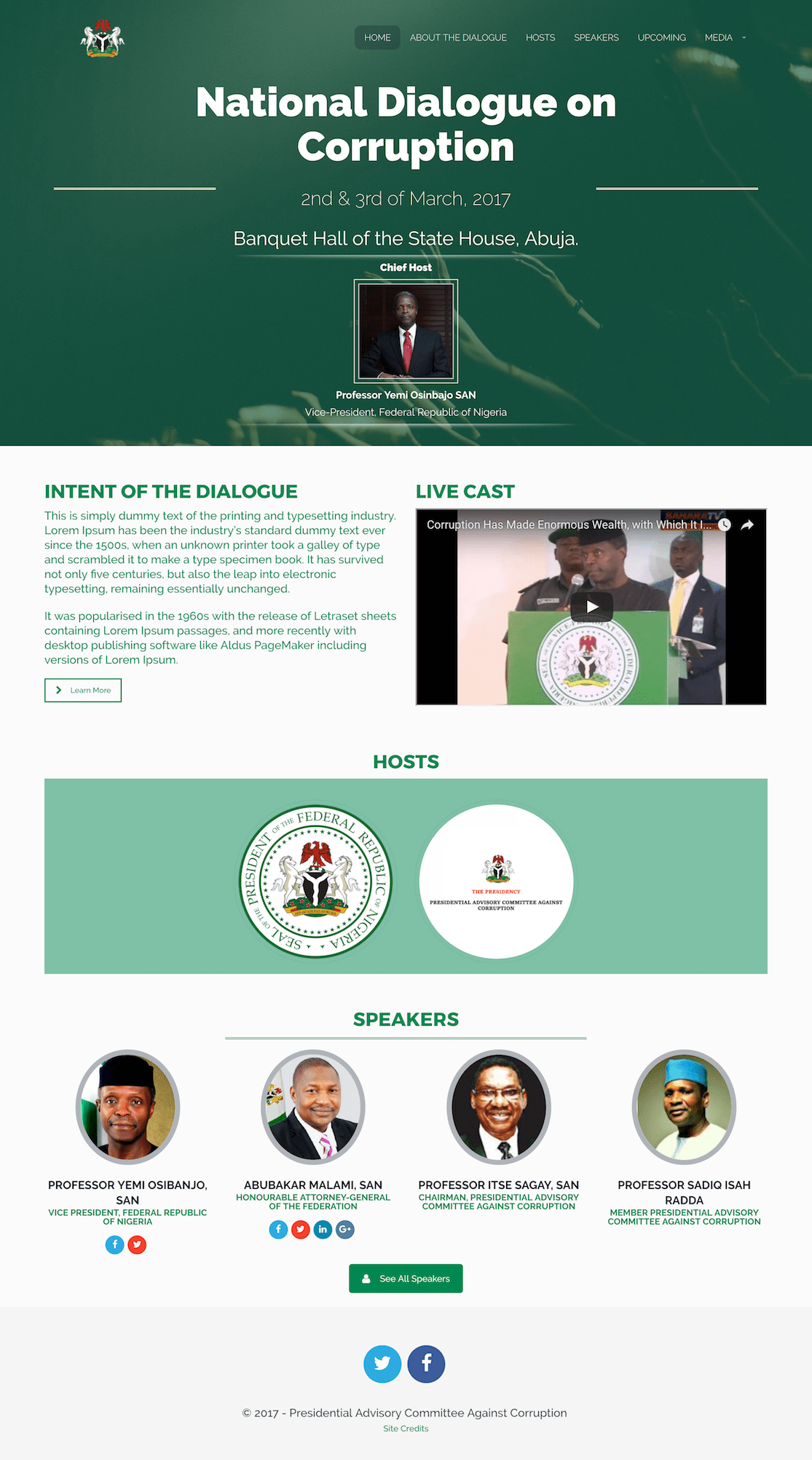 President Muhammadu Buhari, GCFR, as part of government’s anti-corruption fight, constituted the Presidential Advisory Committee Against Corruption (PACAC) in August 2015. It was the very   first committee he set up after he was sworn into office on May 29th 2015. PACAC commenced work on August 10, 2015 with the mandate to, inter alia – promote the reform agenda of the government on the anti-corruption effort, to advise the present administration in the prosecution of the war against corruption and the implementation of required reforms in Nigeria’s criminal justice system. A 7-member Technical Committee supports the PACAC.