Reliably making phone calls on your smartphone is easy to take for granted, but there’s nothing like disrupted and dropped calls to help you appreciate that simple function again. Some Samsung Galaxy S9 and S9+ owners are having their voices muted or distorted during calls, or having their calls dropped altogether. Now Samsung is starting to roll out a software update in some countries to fix these issues.

These problems have been reported by more than a few users around the world, and late last month Samsung said a fix would roll out soon. It seems some S9 and S9+ owners in parts of Europe, the Middle East, Africa, and Australia are now receiving the promised update. The build numbers are G960FXXU1ARD4 for the S9 and G965FXXU1ARD4 for the S9+, with slight region-based variations. The size of the update appears to weigh in around 150MB, though the exact size will vary depending on the build number.

It’s worth noting that this update does not include a security patch, which isn’t surprising since Samsung started rolling out updates for the S9 and S9+ that included the April security patch a couple weeks ago.

These call stability issues are reminiscent of some S8 and Note8 units having muted mics, which had to be blown on in order to be fixed. And this isn’t the only issue owners of Samsung’s latest flagships are reporting: Some users have dead zones on their touchscreens.

If you own an S9 or S9+ that has these annoying call issues and get the update, let us know if the fix works. You can manually check for it by going to Settings > Software update. 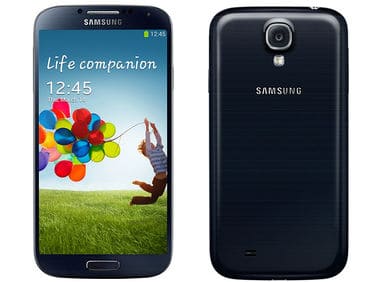 Samsung has been slammed by a federal judge for allegedly misleading consumers who purchased the Samsung Galaxy S4, by fraudulently misrepresenting the amount of power available in the device.

The statement came about as a result of a long-running legal dispute between the Korean tech giant and a class action lawsuit, headed by plaintiff Daniel Norcia. Back in 2011, Norcia filed a suit against Samsung, alleging that the capabilities of the Galaxy S4 flagship phone had been grossly misrepresented, and Samsung had used this to mislead customers into thinking the phone was more powerful than competitors’ phones. Parts of the lawsuit surrounding the available storage have since been dropped, but the courts have upheld Norcia’s complaint on the processing power of the phone.

According to the accusation, Samsung coded the Galaxy S4’s software to detect when specific benchmarking software was being used, and have it commit extra resources to its operation — effectively cheating the test and providing results that could not be replicated outside of the benchmarking app by a casual user. Since these benchmarks are commonly used in third-party reviews of the device, that alleged cheating led to a false impression of superior speed being made public.

“Samsung also knew that if it artificially boosted the performance of its devices when running benchmarking apps, reviewers and the public would falsely believe that the Galaxy S4 was similarly fast in real-world situations. In reality, the processors in the Galaxy S4 run at a lower speed and the artificial performance boost disappears when the devices are performing real-world tasks instead of running benchmarking apps” states Norcia’s complaint.

Samsung had previously attempted to move the case to arbitration court by arguing the Galaxy S4’s warranty specifically forbad class actions lawsuits being brought. Unfortunately for Samsung, an appeals court dismissed this claim on the basis that warranties do not impose anything on the buyer, especially when introduced after the sale.

Speaking in a previous hearing on the case, U.S. District Judge James Donato said: “Samsung rigged the deck, fixed the game; and as a result of that, consumers were misled about the speed of the phone.”

The case is due to be heard in front of a U.S. magistrate judge next week.

Samsung has launched a new app to allow Samsung Galaxy owners to customize a wealth of audio settings on their devices.

Known as SoundAssistant, the app offers “150 steps” of volume adjustment, a floating EQ, mono and stereo balancing, as well as the chance to set individual volumes for different apps.

What’s more, SoundAssistant can alter the hardware volume keys so that they default to media volume control rather than call volume. Typically, these keys will automatically switch to control whatever sound is playing at the time, but this can be a little finicky and doesn’t always adjust the desired setting. As a person who usually has their phone on silent, though, having it default to media volume would be far more useful than call volume.

If you own a Galaxy S8 or S8 Plus, SoundAssistant can even allow you to set different outputs for different apps, like using a Bluetooth speaker for Spotify and the phone’s speaker for Clash of Clans.

On paper, the app looks like it could be a useful tool and I expect that many Android users would appreciate the features it offers: here’s hoping Samsung opens it up to non-Galaxy devices sometime (and non-Android 7.0 Nougat devices, as that’s another current restriction).

You can download SoundAssistant via the link below and let us know in the comments what your favorite Android audio customization tool is.

When a splashy new smartphone hits the market, consumers often weigh whether to place an order right away or to wait and see how others react to the device.

But with the Galaxy S8, Samsung’s first major smartphone release since the spontaneously combusting Galaxy Note 7 was discontinued last year, there isn’t much of a debate. Your best bet is to wait to buy the roughly $750 device — not just for safety reasons, but also because other uncertainties surround it.

Samsung declined to provide an early review unit of the Galaxy S8 to The New York Times, but several consumer electronics experts who tried the device ahead of its release this Friday were cautiously optimistic about the product. Even so, they said the phone had some radical design changes that might make people uncomfortable, a few key features were unfinished and Samsung’s recent safety record remained a concern.