Internet privacy was once again thrust into the limelight recently when President Donald Trump signed a bill that would allow internet service providers to sell your browsing history to third parties like advertisers.

As much as the news rekindled concerns around internet privacy, little has actually changed. The signed bill is generally keeping things as they are. The outrage comes from the fact that the bill is rolling back an Obama-era measure to prevent ISPs from tracking and selling your browsing history, which didn’t have time to take effect before he left office.

Still, some of you may be looking for ways to browse the web privately, and one of the most prominent solutions is to use a virtual private network, or VPN, which cloaks your online activity.

Here’s what VPNs are, what they do, and what to look out for if you’re an average person using the internet.

A VPN essentially hides your internet activity from your internet service provider, which means it has nothing to sell to third parties. Most VPNs also hide identifying details about your computer from ISPs. Any device that’s connected to your ISP’s network has an IP address, which looks like a series of numbers. Many Americans have multiple devices, so ISPs use IP addresses to see which device has accessed which websites and where.

VPN services hide the IP addresses on the devices you use with the VPN and replace them with IP addresses from one of their servers, which can be located anywhere in the world. So if you’re in the US but are connected to a VPN server in Europe, ISPs will see the VPN’s European server’s IP address instead of your device’s.

They could if you were the only user on that VPN server. But several users are usually using the same VPN IP address, so they can’t determine whether a browsing history belongs to you, specifically. It’s like searching for a needle in a stack of needles.

By using a VPN, you’re still switching the trust of your privacy from your ISP to your VPN service. With that in mind, you need to make sure the VPN you use is trustworthy and doesn’t store logs of your browsing history.

Certain VPN services say they don’t log your browsing activity and history while you’re connected to their servers. It means ISPs or a third party can’t retroactively check your browsing history, even if it could decrypt the VPN’s encryption “tunnel,” which is unlikely in the first place.

For an extra layer of protection, choose a VPN whose servers are based outside the US. That protects against the possibility of legal entities in the US trying to access your browsing history through court orders.

They can slow down your internet speed.

The “internet” travels incredibly quickly around the world, but it’s still bound by the laws of physics.

The further away the VPN server is from your location, the longer the distance your internet traffic has to travel, which can end up in slower internet speeds.

Most free VPN services may not be enough to protect your privacy.

Many free VPN services simply hide your IP address and don’t encrypt your data, and it’s the encryption part that protects your privacy more thoroughly.

Paying extra for a premium VPN service on top of your internet bill so you can browse privately isn’t very appealing.

Should you get a VPN? By getting a VPN in light of the recent events, you’re preventing your ISP from tracking your activity and selling your browsing history to a third party to make more money out of your subscription.

Some people don’t want their browsing history to be seen by ISPs, nor do they want it to be sold toadvertisers, even if it isn’t tied to you personally. Some ISPs have said they value their customers’ privacy and don’t track their activity, but some of their language surrounding this subject can be vague.

Secondly, it seems fair to be recompensed for providing, albeit involuntarily, your precious browsing histories, as advertisers covet them to find out what you’re interested in and show you targeted ads. If my ISP is making money out of selling my browsing history, I’d expect my monthly internet bill to be reduced, as I’m technically providing my ISP a service by browsing the web and exposing my interests.

The likelihood of this happening, however, is uncertain and perhaps unlikely considering it’s now an ISP’s “right” to sell your browsing history to third parties. There’s no law out there that forces ISPs to compensate their customers for providing their browsing histories, so don’t expect them to anytime soon.

In a way, you can’t blame the ISPs. ISPs can see which sites you’re visiting, anyway, because they can tell what internet traffic is going through which IP address. From their point of view, they might as well make money out of it. There’s certainly a market for browsing histories, and after all, a business is in the business of making money.

Still, not everyone is comfortable with having their activity tracked at all — or having to opt out versus opting in — even if they have a squeaky-clean, legal web-browsing history. 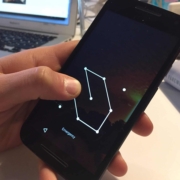 How to stop those annoying, endless robocalls to your smartphone

This Phishing Attack is Almost Impossible to Detect On Chrome, Firefox and ...
Scroll to top